5 Reasons To Use A Duvet Cover That You Never Considered

5 Reasons To Use A Duvet Cover That You Never Considered

The big question on everyone’s mind is … What’s so special about a duvet cover? Duh! We all know that it offers added protection to your duvet or comforter, but what’s more important to ask is what else can they do?? Just wait…. There are so many benefits to duvet covers that you never knew. You will be pleasantly surprised by the end of this article.

Many people ask similar questions like ‘What am I supposed to do with a duvet cover?’, ‘Can you use a duvet cover by itself?’, ‘Do I really need one?’ Well, all the answers remain entirely up to you. It’s really your choice. You get to decide whether you need one or not, but let me attempt to convince you why you should definitely be using one!!

Did You know?? Covering your Down Comforter with a Duvet Cover offers protection from body oil, make-up, and any other items that could make contact.- Verolinens What’s The Point Of A Duvet Cover?

Who wouldn’t want to wake up to a lovely Sunday breakfast in bed?? Count me in……but soon you realize the hassle of cleaning your sheets. Ugh!! Do not fear when you have a duvet cover near!!

A duvet cover can protect your expensive comforter from regular washes. Did you know… that covering your down comforter with a duvet cover offers protection from body oil, make-up, and any other items that could contact it? Duvet covers act as the outer layer of protection for your duvet or comforter just like pillowcases do for your pillows, sometimes they are even referred to as giant pillowcases. Yass! I love this name for duvet covers, it makes me chuckle.

Check out some of Down Under Bedding's Duvet Covers that you will surely love.

Any type of duvet or comforter can be used as an insert for the duvet cover of your choice. That’s right, you read correctly!! Even though the name can lead you to believe that they are only meant for duvets, ‘duvet’ is actually the French word for ‘comforter’ so technically they can also be called comforter covers.

This giant pillowcase, a.k.a. duvet cover, generally comes with a zipper or button closure to ensure your duvet stays securely inside the cover. Many Duvets Cover also come with insert ties to assist with keeping your duvet in its place. Read more about this in a few scrolls!

Both duvets and comforters are filled with warm, insulating materials that provide you with superb comfort through the night. It keeps you warmer than just a plain blanket does, as the insulation actually holds the heat in much better, encapsulating the warmth within.

What’s great about duvets is they can be tailored to suit what kind of sleeper you are, by just switching the insulation material inside. Duvet covers can assist with this insulation process, helping to entrap that heat around you, or giving it a cooling effect when the sheets are thinner and allowing the heat to more easily escape. They do all this while also providing the soft feel of the fabric you enjoy.

What’s better than cuddling up on a cold winter day under my warm duvet, with a really nice fuzzy fleece duvet cover on it? Ahh! Such bliss. Easy To Wash And Keeps That Duvet Like-New With Easy Storage Too!

Duvet comforters can be an expensive investment and in the incident that you happen to get them dirty, you may have to have them cleaned professionally, which means spending more money! No, thank you!

Have no fear, your duvet cover is here! We all know it’s difficult to wash a thick, bulky comforter or a duvet insert. If you are planning to wash it, please remember to always check the care label for wash instructions. I hate to sound like a broken record, but this reminder is important, otherwise, you will end up with regrets about washing your expensive blanket.

It doesn't matter what your duvet or comforter’s outer fabric is made from, they all can get dirty easily. The great news about a duvet cover is you don’t have to wash your comforter as often, which to me is a blessing. Nobody likes laundry day, especially when it comes to washing your comforter — the struggle is real! For those duvets that can’t be washed, duvet covers are even more necessary! It really helps to keep that duvet looking like new. Another massive bonus is that a duvet cover is just as easy to wash as a flat sheet. You just slip it off and pop it right in the washer.

Another giant bonus about duvet covers is that they are so easy to store! They don’t take up much room when they are folded up — just about the same amount of space as a mattress sheet or a flat sheet. This makes it so easy to own many styles of duvet covers to mix and match whenever you feel like switching it up. Duvet Cover As A Top Sheet And A Flat Sheet

I bet you never realized this!!

Omg, this has been in front of you the whole time, but it never would have occurred that this great piece of fabric could have such wonderful multipurpose uses.

Are you that person that can never seem to cool down?? So am I! It’s so uncomfortable when you’re trying to sleep at night! What I like to do is use my duvet cover as an actual flat sheet to cover myself and just leave my warm comforter or duvet out of it. No insert is needed. It works like a charm! No more waking up in the middle of the night from being too hot. I don’t miss those nights!

Give your duvet or comforter a rest. Use the duvet cover without the insert by laying it on your bed just as you would a flat sheet and use it to cover yourself. This can also really help to extend the life of your duvet when it’s not being used as often. The duvet cover acts as the perfect multipurpose substitute.

Some may argue that they aren’t the biggest fans of getting the duvet or comforter out of the duvet cover, which can be a difficult task sometimes for sure, I agree. Though I find it a worth-it trade with the guarantee that my duvet remains covered, and that covering remains in place all night, even with all of my tossing and turning.

To me, it’s easier to pull out the comforter from a duvet cover than trying to put a mattress sheet back on the mattress. Oh, those mattress sheets! Furthermore, remaking your bed in the morning after sleeping becomes so much easier when you have a duvet cover instead of a flat sheet AND a comforter to work with.

Should You Be Using A Top Sheet With A Duvet?

When you are using a duvet cover, a flat sheet takes a back seat. A flat sheet can be a real pain sometimes when it doesn’t stay in place. Yes, definitely, a flat sheet helps with added comfort with a fabric you really enjoy, but I promise you, a duvet cover can do the same thing.

Whenever I sleep with a flat sheet, I wake up to it bunched up in some corner of the bed, never where it started when I first laid down. I guess that is the curse of someone who tosses and turns in their sleep. Sounding quite familiar?

When I decided to first try a duvet cover, it entirely changed everything! The duvet cover encloses the entire comforter, instead of just one side of it, as a flat sheet does. So basically, it acts like a flat sheet but essentially stays in place! There are so many fabrics and styles of duvet covers to choose from, which makes giving your bedroom a fresh new look super easy. Board of your room? You can just change your duvet cover. Ta-da! It’s as easy as that!!

All types of designs can be found on duvet covers and can appeal to any sort of taste. Whatever look you are going for, a duvet cover can really help achieve it. A flat crisp sheet can provide an elegant hotel look, or may you’re more into the textured, heavy, and luxurious fabric. Whatever your style, a duvet cover can help you achieve your vision. They really can give a different vibe to a room. No need to be bored with your bedroom any longer!

I greatly enjoy giving my room a whole new, fresh feel just by changing my duvet cover. I have all kinds of styles to give me more options and to be able to mix it up often. People may ask, ‘Why not just use a decorated comforter to redecorate?’ Well, that is an option, but certainly the more expensive one. Duvet covers do not cost as much as a full new comforter set and are way easier to wash than an entire comforter or duvet.

Take a look at our great collection of duvet covers! What Are The Strings In A Duvet Cover For?

So, you’re probably wondering what’s the catch. Duvet covers can’t be that perfect! They do have a downside, and that is the fact that the comforter can still shift around inside the duvet cover. But wait! There is a solution to this too! Meet the duvet cover that comes with corner ties!

You may have noticed even before this article that your duvet cover at home has these random strings inside it, but you never actually knew what they were for. Well, now you know! They are used to attaching onto the corners of your duvet to ensure that it is held in place and does not shift or bunch up inside the cover.

So, how do you use these corner ties… Well, first you flip your duvet cover inside out. Take the two corners of your comforter that you want to be positioned on the opposite side of the actual opening of the duvet cover. Tie each corner with the ties tightly. Begin flipping the duvet cover right side up while sliding it down onto the comforter.

Secure the buttons or zipper to close the opening, and voilà! Just one simple extra step and you know your comforter won’t be shifting and bunching inside your favorite duvet cover. Take a look at our video below.

If you own a duvet cover that does not have this option, then you can either install them by doing a little D-I-Y project or you could simply choose among Down Under's duvet cover with ties products best fits you. Adjust According To Your Comfort Level!

The bottom line is, regardless of how you like to use your duvet cover, you have tons of options. I think one of the last and most important features that a duvet cover truly brings is a much-improved comfort level. They are available in a range of different materials, so you can choose whatever fabric you like best.

Need something cooler? Go for more breathable materials like bamboo or cotton covers. They are perfect for the summer months! Or maybe you run cold, and you enjoy the toasty feeling of a heavier warmer fabric, especially on those cold winter days. Flannel, fleece, or any other thick material can be perfect for you. These heavier fabrics will only help to keep you consistently warm throughout the entire night, even if the temperature drops.

Comments will be approved before showing up.

How To Prevent Your Duvet From Moving In The Duvet Cover? 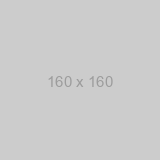